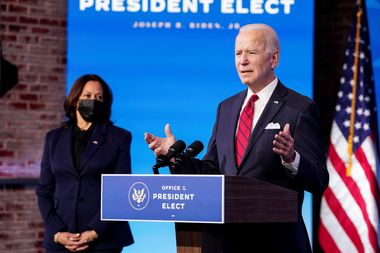 The proposal includes setting up federally supported community centers, while expanding the use of the Defense Production Act to increase the production of vaccines.

House Speaker Nancy Pelosi declined to say when Democrats would initiate the trial in President Trump’s second impeachment, leaving Congress’s agenda for the start of the Biden administration up in the air.

U.S. officials said they had begun to see evidence of advance coordination and planning by members of the pro-Trump mob that breached the U.S. Capitol last week, as agency watchdogs launched sweeping reviews into the government’s failure to preempt the attack.

Kudlow Criticizes Trump for Handling of Riot, Treatment of Pence

“Words alone are not enough.” Corporate moves to halt political funding and decr