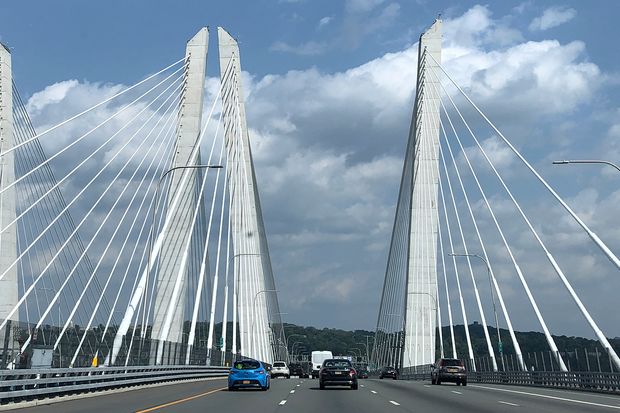 The lawsuit says the Thruway Authority interfered in the bridge project, leading to higher costs. The dispute could push the $4 billion Hudson River crossing over budget.10 minutes ago

The New York State Board of Elections is scheduled this week to finally certify results for an upstate congressional seat after months of court proceedings exposed errors at the county level.

Connecticut’s Democratic Gov. Ned Lamont faces calls from a coalition of lawmakers within his party to raise taxes for pandemic relief, as he crafts a budget plan to close $1 billion-plus in deficits over the next two fiscal years.

More than three dozen New York City mayoral candidates are vying for one of the toughest jobs in the country: leading the nation’s largest city back to pre-pandemic employment levels while trying to find the funding to do so.

Appointments are restricted to Bronx residents in effort to boost vaccination rates in New York’s Black and Latino communities.

The appointment of a new transportation commissioner for New York City is raising hopes of progress on a stalled project to replace a deteriorating bridge on the Brooklyn-Queens Expressway.

Three N.J. Guards Charged With Misconduct in Connection With Attack at Women’s Prison

The officers were charged with official misconduct and other offenses in connection with an incident at Edna Mahan Correctional Facility for Women.

Some medical professionals said they believe sharing their vaccination status gives patients extra reassurance that they are doing everything possible to keep them safe.

The state will also raise capacity for houses of worship and entertainment venues.

Proponents of the proposal say it would raise additional revenue as the state confronts a budget deficit.

Electric-Vehicle Charging Hub to Park Itself in New York City

Revel, best known for electric-moped sharing, says it is about to embark in a new direction by launching one of the largest hubs for quickly charging electric vehicles in New York City.

New York state lawmakers began advancing a bill this week that would require nursing homes and hospitals to follow specific ratios of nurses to patients, a measure long sought by health-care unions that was recommended in a report issued last week by state Attorney General Letitia James.

The law had been used to harass people based on their gender expression, advocates say. Gov. Andrew Cuomo signed the bill.